Canucks: Jacob Markstrom is rapidly driving up his value 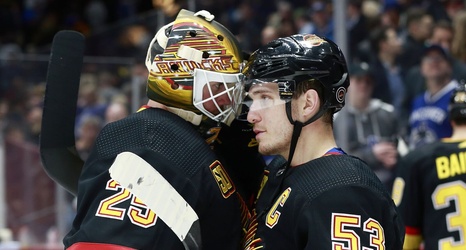 The Vancouver Canucks certainly wouldn’t sit atop the Pacific Division right now if not for the world-class play of 30-year-old netminder Jacob Markstrom.

Coming off the best season of his career, Markstrom has been even better here in 2019-20. He’s now 21-16-3 with a .915 save percentage and a 2.81 goals against average. Entering play on Tuesday, Vancouver has a three-point cushion over the Edmonton Oilers (who have two games in hand), Vegas Golden Knights and Calgary Flames.

In most circumstances, signing Markstrom to an extension would be an easy choice for general manager Jim Benning.