Canucks: Inconsistent play won’t get them to the playoffs 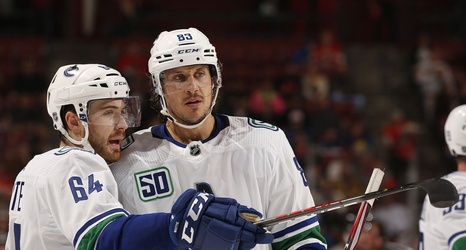 There are countless ways you could summarize the Vancouver Canucks this season, but “inconsistent” seems more appropriate than any other word in the dictionary.

Just look at the team’s performance up to this point: The club went 8-3-1 in the month of October, but they proceeded to lose all but five games in November. Following a three-game losing streak from Dec. 14 to 17, the Canucks proceeded to win seven games in a row.

Then the whole “inconsistent” thing showed up again.

Vancouver was embarrassed 9-2 by the Tampa Bay Lightning on Tuesday, and they followed it up with another lackluster performance on Thursday night — a 5-2 loss to the Florida Panthers.