Canucks: If slump continues, a trade may be inevitable 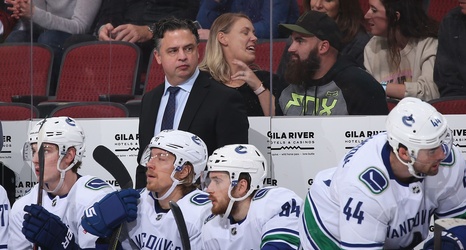 An uninspiring 5-1 loss to the Anaheim Ducks on Sunday afternoon caused the Vancouver Canucks to fall out of first place, with the Connor McDavid-less Edmonton Oilers moving to the top of the Pacific Division.

Vancouver has now dropped five of its last seven games, with three of those losses coming to teams below them in the standings. The Canucks have split the first four of a six-game homestand, and Sunday’s defeat was really a lost opportunity for a team that was seemingly regaining its form.

The Feb. 24 trade deadline is now just a week away, and general manager Jim Benning better be extensively working the phones.