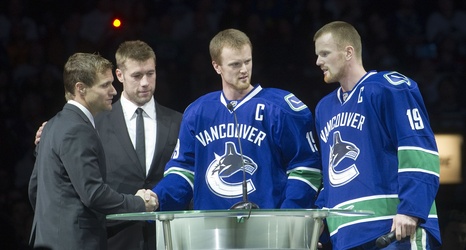 The Vancouver Canucks will retire the numbers of Daniel (22) and Henrik Sedin (33) before renewing their rivalry with the Chicago Blackhawks.

During the Sedin era in Vancouver, no team posed a greater rivalry than the Blackhawks. The two clubs met in the postseason three straight years from 2009 to 2011, with Jonathan Toews and company claiming the first two series before Vancouver finally slayed the dragon on the third try.

The rivalry slowly but surely drifted away as the 2010s decade progressed, with Chicago maintaining their status as a Western Conference powerhouse while Vancouver entered a lengthy rebuilding phase.