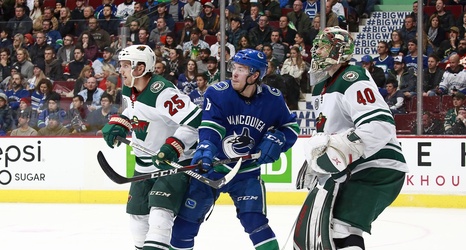 The Vancouver Canucks shrugged off back-to-back blowout losses on Saturday afternoon by defeating the Buffalo Sabres 6-3, but they’ll face an even greater test in Sunday’s matinee against the Minnesota Wild.

This marks the first of a three-game season series between the former Northwest Division rivals. The Canucks visit a Wild team that boasts a superb 11-4-4 record at the Xcel Energy Center — though they’ve dropped four of their last five games.

Both clubs are in a tight playoff race, but Elias Pettersson and company could really distance themselves from the Wild with a regulation win.