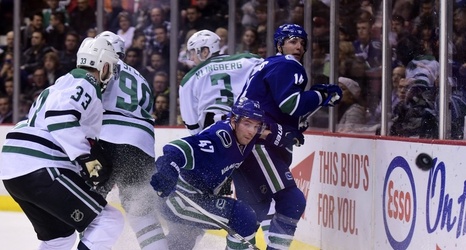 Calling a February game a “must-win” may seem a bit premature, but the Vancouver Canucks really can’t afford to let these two points against a division rival get away.

After a perfect 2-0-0 start to the five-game road trip, the Canucks proceeded to lose the next three — having been thoroughly dominated in the final two contests. But that’s all in the past now, and Vancouver has to refocus.

The Canucks will kick off a six-game homestand against the Calgary Flames, who are also slumping with three straight losses as well as defeats in five of their last six outings.