Canucks gameday: Looking to make it three in a row vs. Ducks 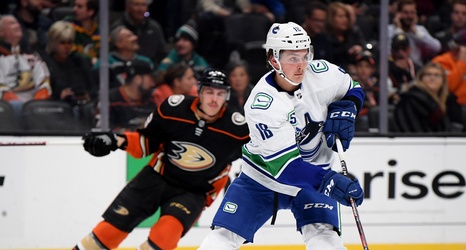 For the first time this season, the Vancouver Canucks will play host to the Anaheim Ducks, as the two teams continue to head in completely different directions.

Following 2013-14 realignment, the Ducks emerged as the class of the Pacific Division for five years. They won the division title every year from 2014 to 2017 (plus another playoff berth in 2018), reaching the Western Conference Final in 2015 and 2017. Anaheim also won it in 2012-13, the final season before realignment.

Aside from a playoff berth in 2014-15, the Canucks spent most of that time in retooling/rebuilding mode.