Canucks: Antoine Roussel will be key for playoff push 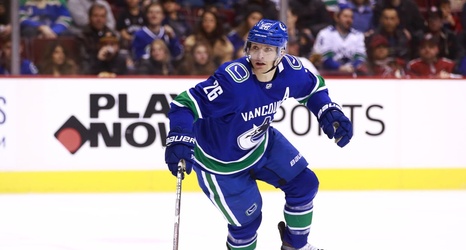 As the playoffs draw closer, the Vancouver Canucks are at a point of the season where every single game matters more than ever.

The Pacific Division standings seem like they are getting tighter and tighter by the day, and the Canucks need their bottom-nine forwards to produce during this pivotal stretch.

Antoine Roussel has been limited to 29 games this season due to a knee injury, but since returning to the lineup, his presence has been felt both on and off the ice. Roussel has been a key part of Vancouver’s bottom-nine, and they’ll need him to continue that success as the regular season progresses.