Canucks: 3 takeaways from 6-3 win over Sabres 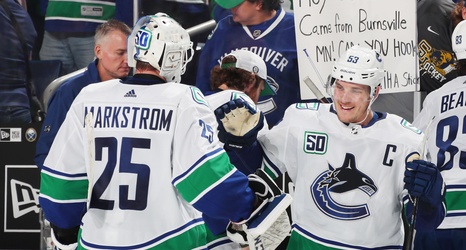 Turn off the Saturday morning cartoons and park yourself on the couch for some Vancouver Canucks hockey.

That’s what many Vancouver fans did to kick off their weekend, tuning in for a Sabres vs. Canucks Saturday morning showdown.

From the Sunshine State to the cold winds of Buffalo, head coach Travis Green marched his troops back into the battle for the first game of back-to-backs this weekend. Finding a way to earn two points was more important than ever, coming into the contest the Canucks were winless on the road, dropping their first two games to the Tampa Bay Lightning and the Florida Panthers.