Canucks: 3 takeaways from 5-2 loss to the Panthers 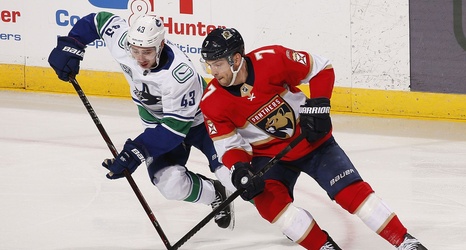 Coming off a lopsided 9-2 loss to the scorching hot Tampa Bay Lightning, the Vancouver Canucks came into Sunrise looking for some redemption.

They did not get off to a good start, as the Florida Panthers scored on their first two shots against backup Thatcher Demko. Brock Boeser did get one back to make it 2-1, but that score didn’t last long as Jonathan Huberdeau and Mike Hoffman potted another two goals before the end of the second period.

After having their seven-game winning streak snapped in their last game, the Canucks now look like they could be going in the opposite direction.