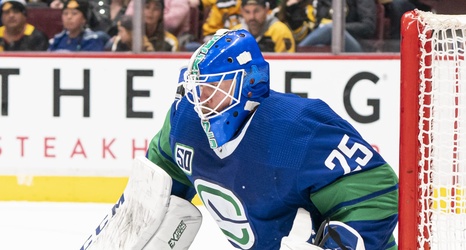 Jacob Markstrom has emerged as the Most Valuable Player of the Vancouver Canucks. His stellar performance over the course of the last two seasons has been remarkable to say the very least, and ultimately he’s earned himself the right to be called an NHL All-Star.

His play has been nothing short of a tier 1 goaltender in the NHL, and the Canucks aren’t quite the same team without him. So what do you do in this situation? Lock him up. Give him all the money he wants. Do whatever it takes… In a perfect world, that’s exactly what general manager Jim Benning would do.