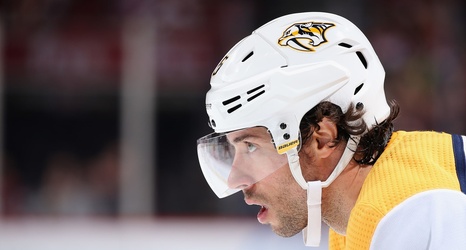 Vancouver Canucks general manager Jim Benning stands to lose a couple of impact players in free agency this year, and he’s going to have to be creative in replacing them.

Trade deadline acquisition Tyler Toffoli proved to be an excellent fit in the top-six with Brock Boeser sidelined. The 2014 Stanley Cup champion with the Los Angeles Kings had six goals and 10 points in just 10 games for his new team.

Unfortunately, cap woes will most likely prevent the Canucks from retaining Toffoli. They’ll look to work out a new contract with top goalie Jacob Markstrom, and Benning will have to keep at least one of Chris Tanev (a pending UFA) and Troy Stecher (RFA).