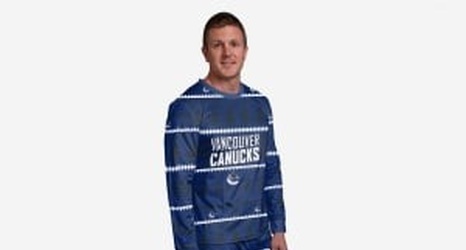 Vancouver Canucks general manager Jim Benning has had to reshuffle his blue line numerous times over the past three or so years, and he’ll have to do so again this coming offseason.

Veteran stay-at-home defenceman and workhorse Chris Tanev is a pending UFA, along with Oscar Fantenberg. Fan favorite Troy Stecher — who popped up aplenty in the rumor mill ahead of this year’s trade deadline — is a pending RFA.

As I’ve said numerous times on here, Benning is likely going to lose either Tanev or Stecher in free agency — especially if he manages to re-sign veteran goalie Jacob Markstrom.