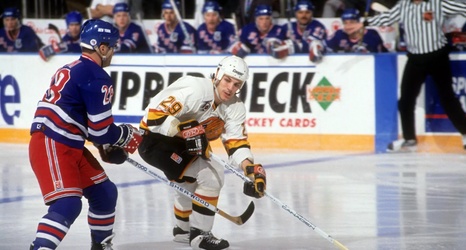 Any time Pavel Bure and the Vancouver Canucks were in town, the game was a must-watch event for local hockey fans. In such days when not all matches were broadcast on air, opportunities to watch the sport’s most splendid goal scorer were nowhere near as common as they would be today. Fans were glued to their television sets whenever an opportunity was presented to witness his nightly jaw-dropping routine.

In the blink of an eye, he could slice through an entire defence and seer an unforgettable, one-of-a-kind memory into the minds of those lucky enough to watch him play.