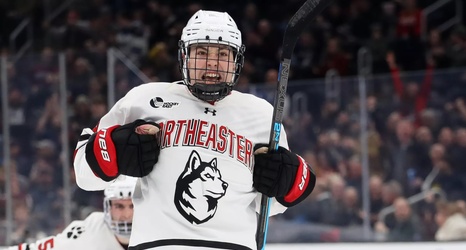 Successful NHL franchises are able to find gems late in the draft. It appears that Judd Brackett and the Vancouver Canucks scouting staff might have found one in Aidan McDonough.

McDonough, the Canucks 195th overall pick last year, was having a great year in the NCAA before COVID-19 shut the season down. The Milton, Massachusetts native scored 11 goals and had 16 assists in just 31 games in his first college season. McDonough uses his 6’3 frame well and had been a force on Northeastern’s power-play unit this season. He was second among all freshman in goals with the man advantage.