3 takeaways from the Canucks’ 4-0 shutout win against Winnipeg 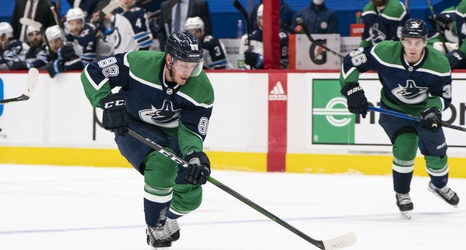 VANCOUVER, BC - FEBRUARY 19: Goalie Thatcher Demko #35 of the Vancouver Canucks readies to make a save during NHL hockey action against the Winnipeg Jets at Rogers Arena on February 19, 2021 in Vancouver, Canada. (Photo by Rich Lam/Getty Images)

Be honest, Vancouver Canucks fans: if I had asked you before last night’s game to pick one team to be shutout, who would you have picked?

Well, I would’ve chosen the Jets, of course! I always have faith in my favourite team, especially in their elite defensive abilities.

Jokes aside, I don’t think many people will dispute that the Canucks played their best defensive game of the season yesterday, resulting in a 4-0 win against Winnipeg.