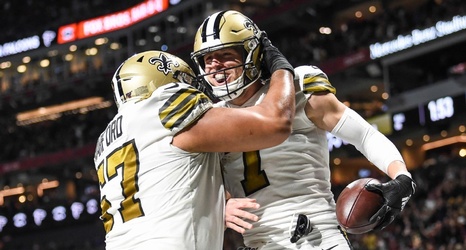 The NFL's trio of Thanksgiving Day games delivered one divisional championship and put a second team on the cusp of a playoff berth. The Saints clinched the NFC South with a 26-18 victory over the Falcons, securing the first of 12 playoff spots. They are the 15th team to win a division in Week 13 or earlier since the league realigned into eight divisions in 2002. Another of those teams? The 2009 Saints, who also went on to win the Super Bowl.

Earlier in the day, the Bills put themselves as close as they could get to a wild-card playoff berth with an impressive victory in Dallas.