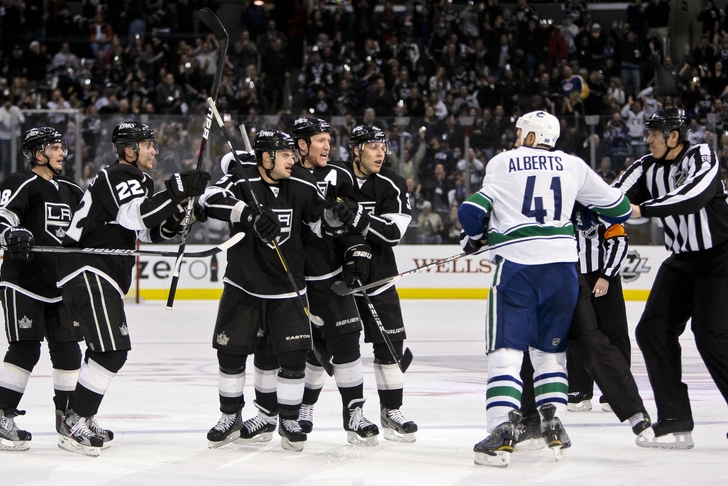 In a gruesome bit of Canucks news from Saturday's game against the Los Angeles Kings,we present to you a lot of blood coming from a relatively unlikely part of the body.

As found in an article by Greg Wyshynski of Yahoo Sports, Kings defenseman Matt Greene's right skate proceeded to bleed all over the Vancouver Canucks' home ice, prompting speculation as to why it occured --

According to Wyshynski, "it was the puck that was the culprit. It hit his shin, right on a pressure spot."

Greene also mentioned that this wasn't the first time something like this occurred, meaning that no matter how many stomachs he turned in the home of the Vancouver Canucks, it was all just a day in the life of Matt Greene.

Get your Canucks news straight from the source. Download our new Chat Sports iPhone app, and follow our Canucks team page today.