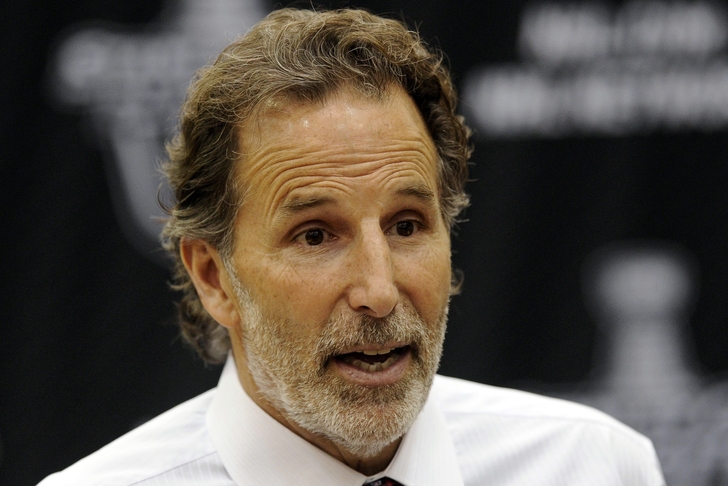 Per Greg Wyshynski of Yahoo Sports, the Vancouver Canucks coach ripped into Bob Hartley after Sunday's game against the Flames, after Paul Byron of the Flames injured Daniel Sedin on a hit, putting Sedin onto a stretcher. That was the last straw for Tortorella (thanks to YouTube user HockeyWebCaster):

"So what Bob Hartley did last night was exactly what John Tortorella would have done had it been one of our players lying on the ice and he felt there was an inequity in the penalty call. So for him to afterward say it was disgusting and all that - John Tortorella, who's a friend of mine - should start worrying about John Tortorella and the Vancouver Canucks and stop worry about us. Our coach acted completely appropriately last night and Torts ought to keep his mouth shut."

"I don't know why he seems so worried about our team. He should be worried about his team. And John Tortorella was on my staff for the Olympics in 2010. He's a good guy. I don't know what's going on in his head, but you know what? Shut your mouth and worry about your team. Leave my coach alone."

As if the Canucks and Flames needed any more reason to hate each other, this just adds more fuel on the proverbial fire.