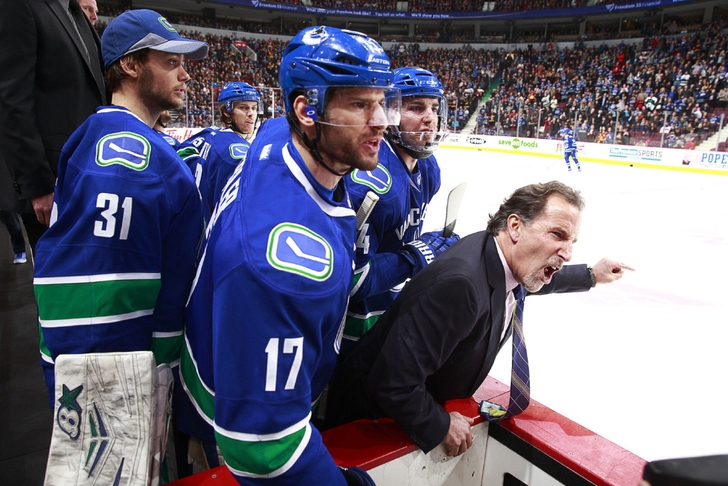 Canucks news is in desperation mode at the current moment, with the Vancouver Canucks currently sitting six points out of the last NHL Western Conference Wild Card spot with five games to play.

Several media outlets in and around Vancouver have been debating over what the main reason for the Canucks' uneven year is. Canucks head coach John Tortorella believes that no one should look any further than at him.

Speaking to reporters after practice on Friday, Tortorella assumed "full responsibility" for a stylistic change midseason which has resulted in a lengthy fall from grace in his first, and in many pundits' eyes last, season as the Vancouver Canucks' head coach --

“We were playing a style of game that we wanted to play the first couple of months, those first 35-40 games,” Tortorella stated. “It’s a style that we continue to teach right now. When we went to California and went through that twice in two weeks, got banged up a little bit, we did have to change a bit. We lost some guys. My mistake is not shaking us back to aggressiveness quick enough."

While Tortorella's honesty may be appreciated, Vancouver is an intensely results-driven hockey market. Despite a recent resurgence after an "embarrassing" 6-1 loss to the Dallas Stars, it is panic time for a Canucks team which hasn't missed the playoffs since 2007-08.

The Vancouver Canucks are not mathematically eliminated in advance of Saturday's home date against the Los Angeles Kings -- but will need a minor miracle to bypass either the Dallas Stars or Phoenix Coyotes for the last Wild Card spot in the West.