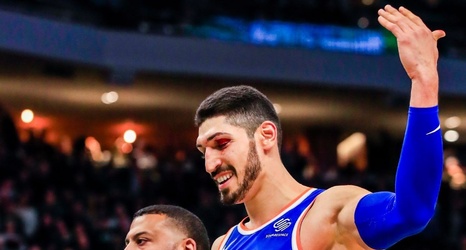 Free-agent center Enes Kanter has signed a deal with the Portland Trail Blazers, he said Wednesday.

Kanter made the news official in a post on Twitter, saying he's eager to "helping the Blazers achieving the ultimate goal of competing for a championship."

The Blazers were Kanter's choice over several serious suitors, including the Los Angeles Lakers, sources said.

The Knicks waived Kanter, 26, at the trade deadline last Thursday.

Kanter will play significant minutes at center behind Jusuf Nurkic as Portland builds its roster for the postseason.