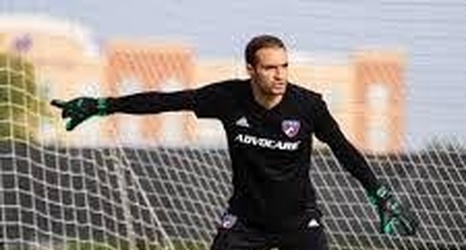 As a redshirt junior, Kyle Zobeck played every second for the Crusaders as a goalkeeper. In 2011, he was named the Horizon League Goalkeeper of the year and a First Team All-League honoree. During his time at Valparaiso, Zobeck set a new single-season record with 11 total shutouts and a 0.66 GAA, goals-against average.

Zobeck was a standout player during his four years [2008-12] at Valpo. He was drafted 64th overall in the 2013 Major League Soccer Draft by FC Dallas, yet his first MLS game came in the eighth season following the draft. The Iowa native stands out as the oldest debutant among players at age 30.