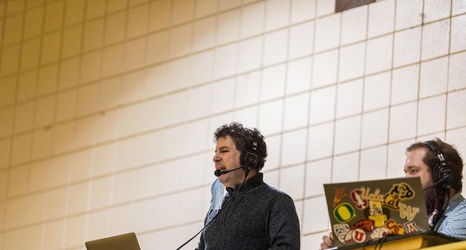 For the past 30 years, Todd Ickow has been the voice of the Valparaiso University basketball games, announcing hundreds of games across his career.

Throughout his time with the university, Ickow watched, and announced, as Valpo athletics grew and developed slowly into the well-known program that it is today.

“When I got here… the football team and the basketball team were historically bad,” said Ickow. “[They] were two of the worst teams in the nation.”

Although Ickow has experienced decades of Valpo athletic history right from the sidelines, this season definitely stands out as one of the most unique in his career.