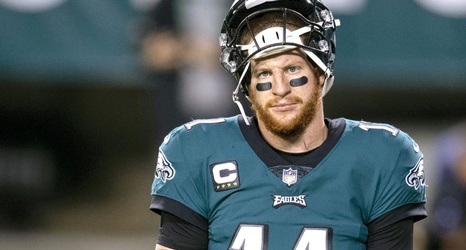 Carson Wentz is not interested in being a backup quarterback and would want to move on from the Eagles if the current situation -- with Jalen Hurts starting under center -- continues in Philadelphia, sources connected to the team told ESPN.

Although the Eagles' quarterback situation remains fluid with three games left this season, Wentz is not pleased with the way events have unfolded in the organization, according to sources.

Eagles coach Doug Pederson has not said whether the quarterback switch is permanent -- only going so far as to announce Hurts as the starter for Sunday -- but player and team sources told ESPN's Chris Mortensen last weekend that Hurts will remain the starter this season.