Lakers announce Walton is out after 2 seasons 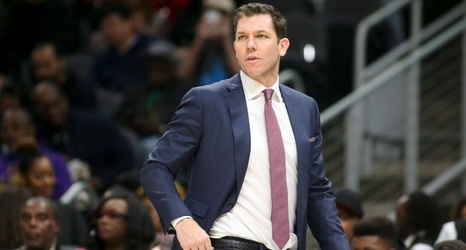 LOS ANGELES -- Now that LeBron James' first season with the Los Angeles Lakers is over, the Lakers' next step will be to hire a new head coach.

The Lakers fired Luke Walton on Friday after the team finished a frustrating and disappointing 37-45 in a season that began with massive expectations following James' arrival. Walton's firing comes with two years remaining on his five-year contract.

Walton's job security was something many executives, coaches and agents speculated about since the start of the season, not only because the Lakers had the makings of a flawed roster, but also because Walton wasn't hired by the existing regime of Magic Johnson and Rob Pelinka.