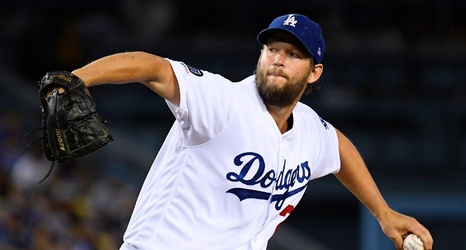 LOS ANGELES -- The gravity of all this will hit Clayton Kershaw someday, perhaps on a day long removed from this one. On Tuesday, the Los Angeles Dodgers ' longtime ace captured his 166th career victory, moving him past the Dodgers' ultimate ace, Sandy Koufax, the man Kershaw has so often been compared to. He was respectful of the milestone, but also quick to move past it, as is his custom.

"It's just hard for me to take big-picture perspectives on things," he said. "Someday, I hope to do that."