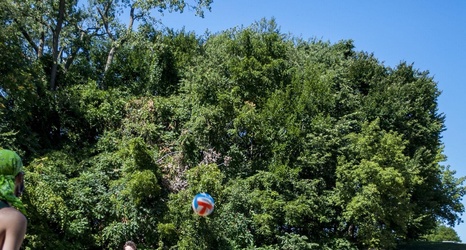 From the moment they stepped on the sand court, the competitiveness of the Goon Squad Gamma Phi-Psi (Goon Squad) team did not seem to skip a beat after the success of their previous season. The defending volleyball champions from last year were able to capture the first win of the season with a sweep against the Valparaiso International Student Association (VISA) team.

Due to COVID-19, the volleyball recreational teams that would normally play in the Athletic Recreation Center (ARC) have now been moved out to the Guild-Memorial sand volleyball courts.

For team captain Matthew Bickelhaup of the Goon Squad, the recognition of the changed setting and the need to adapt to a new environment has been the utmost priority for dominating against the co-ed sand volleyball league.