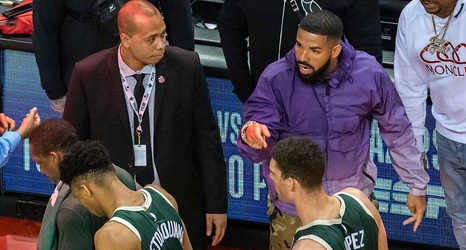 Drake clearly has been enjoying Giannis Antetokounmpo's struggles during the Eastern Conference finals, but the superstar rapper's antics are rubbing some people the wrong way.

A senior executive for Octagon, the agency that represents Antetokounmpo, tweeted Wednesday that he has "never seen anything as disrespectful" as Drake's repeated trolling of Antetokounmpo and the Milwaukee Bucks.

Georgios Dimitropoulos, the senior director for Octagon Basketball Europe, took to Twitter one day after the Toronto Raptors routed Antetokounmpo and the Bucks 120-102 in Game 4 to even the best-of-seven series at 2-2.