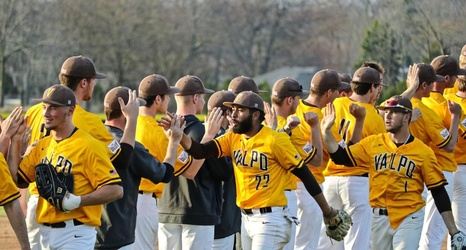 After a struggling five games on the road, Valparaiso was determined to snap the eight game losing streak with a couple of wins against a very vocal Illinois State team. After two difficult games ending in high scores, game three was the charm.

The Crusaders were ready to play until junior starter Jon Tiemans first pitch was a moonshot over the right-field fence, changing the whole pace of the game. The only run that was scored for Valpo was in the second inning when junior outfielder Steven Fitzsimmons singled in senior designated hitter Blake Billinger.

Pitching wasn’t strong for Valpo, as Tieman gave up 11 hits and seven runs, with only three of them being earned.