Freeman-Liberty backs up from draft, moves on from Valpo 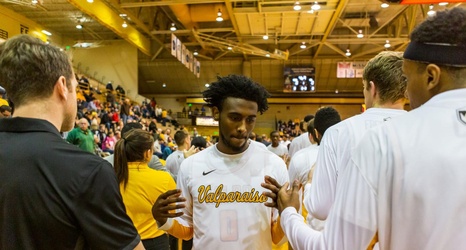 On Tuesday, sophomore guard Javon Freeman-Liberty made the announcement that he was pulling his name from the NBA draft and instead entered his name in the transfer portal. He took to Twitter to announce his departure.

“To this day I’ve never had to make a decision this impactful In my life... I love Valpo, they’ve been a huge part of making me the man I am becoming today,” read a tweet by Freeman-Liberty.

Freeman-Liberty also went to Instagram to announce his departure, posting a picture of him driving up to the basket with a grey uniform that had a question mark across the jersey.