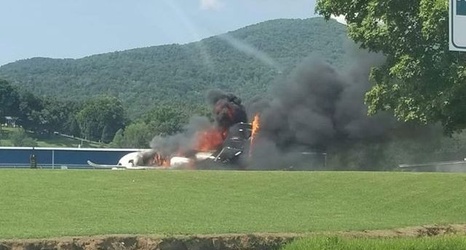 No one was killed in the crash and there were no serious injuries beyond cuts and abrasions, Carter County Sheriff Dexter Lunceford said. However, Earnhardt Jr. was transported to Johnson City Medical Center. He was conscious and talking.

Earnhardt told ESPN's Marty Smith in a text message that he and his family are OK.