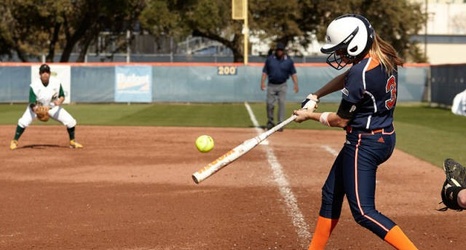 FULLERTON, Calif. — San Diego State got two unearned runs in the third inning and made them stand up in a 2-0 victory against UTSA on Sunday in the final game of the Titans Classic.

Kendall Burton reached base in all three of her plate appearances with a single, double and a walk, while Chelsea Parker scattered five hits and picked up a strikeout to lead the Roadrunners (2-3). Alyssa Cummings also tallied her team-leading sixth hit of the weekend with a single in the second inning.

Meanwhile, Stefania Aradillas and Molly Sturdivant each drove in a run and Erica Romero earned the win with 4.