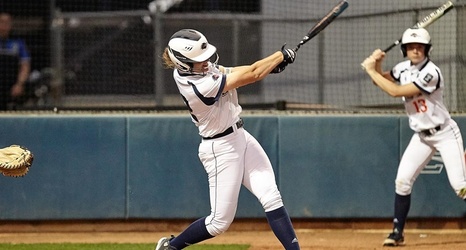 CORPUS CHRISTI - The UTSA softball team was topped 8-0 by the Texas A&M-Corpus Christi Islanders on Wednesday at Chapman Field.

The Islanders scored one run in the first to take an early lead.

In the second, TAMUCC scored three more runs on three hits and two errors to extend the lead (4-0).

Adding another run in the third (5-0), the Islanders continued to hold onto a lead.

In the bottom of the fifth, Texas A&M-Corpus Christi scored another three runs to lead 8-0 and end the game in a run rule.

UTSA posted one hit on the day, while the Islanders had 11.