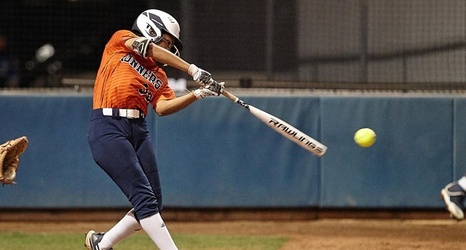 Game one
Four runs in the top of the seventh helped Louisiana Tech take game one with an 8-4 win.

The Lady Techsters were on the board first with three runs off three hits in the top of the fourth.

La Tech extended its lead with another run in the fifth.

UTSA scored all four runs in the sixth. Marena Estell singled up the middle, then advanced to second on a wild pitch. Taylor Medina reached on an error as Estell reached third.