Roadrunners defeat Miners 11-6 in game one 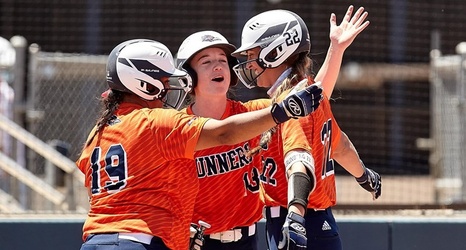 SAN ANTONIO – A grand slam from Riley Grunberg in the sixth helped the Roadrunners defeat the Miners 11-6 in game one of the series.

UTEP was on the board first with a three-run homer in the top of the third. In the bottom of the frame, Celeste Loughman singled to the pitcher and Riley Grunberg followed reaching on a fielder's choice as Loughman was tagged out. With two outs, Madison Washington homered to center field as the Roadrunners trailed 3-2. A strikeout ended the inning.

In the fourth, UTSA scored six runs to take the lead.