Polivchak paces UTSA in second round of Louisville Regional 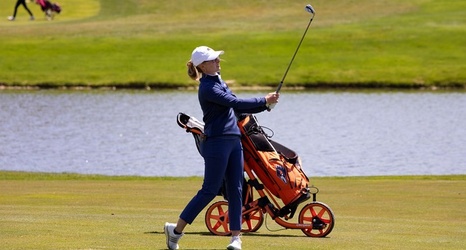 SIMPSONVILLE, Ky. — UTSA senior Nicole Polivchak turned in a 1-over-par scorecard to lead the Roadrunners in the second round of the NCAA Louisville Regional on Tuesday at University of Louisville Golf Club (par 72/6,289 yards).

Polivchak's 73 helped No. 13-seed UTSA log a 298 on Tuesday for a five-shot improvement from its opening round. The Roadrunners are in 15th place (+25) with 18 holes remaining in their third straight and sixth overall NCAA postseason appearance. UTSA is four strokes in front of 16-seed Xavier and five ahead of No. 15 College of Charleston while sitting seven back of 17-seed James Madison and eight behind No.