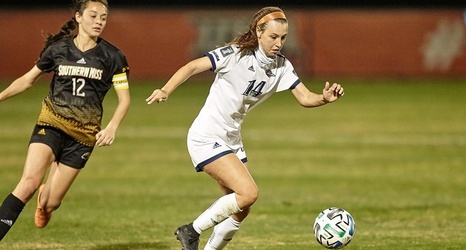 DALLAS – Senior Ellis Patterson was named to the Conference USA All-Conference Third Team, announced by the conference office on Monday.

This is the third consecutive year Patterson has earned all-conference accolades.

Patterson finished the season with two assists and two points, along with 21 shots with six on target. She assisted Deja Sandoval in the game against Southern Miss and Abby Kassal in the win over UTEP.

The Austin, Texas, native led the team in assists and was named to the C-USA Preseason Team.