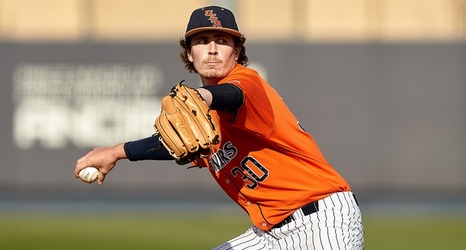 SAN ANTONIO – UTSA baseball rallied with five runs over the seventh and eighth innings to post a comeback 7-6 win over Middle Tennessee in the series opener on Friday night at Roadrunner Field.

UTSA (12-11, 4-4 Conference USA) posted a thrilling comeback win that saw the Roadrunners trailing after a two-run homer in the fifth inning and facing an early candidate for league pitcher of the year, Aaron Brown, who had faced the minimum through five shutout innings, retiring 15 straight hitters after surrendering a leadoff single in the first.

UTSA rallied in the sixth, plating two runs to tie the game on back-to-back homers from Nick Thornquist and Chase Keng, chasing Brown and getting into the Middle Tennessee bullpen.