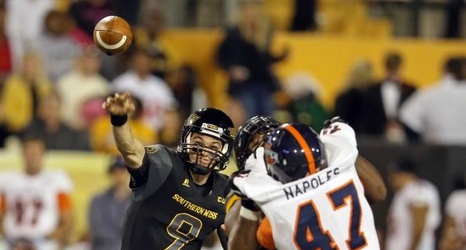 DALLAS — UTSA's Sheldon Jones has been named Conference USA Special Teams Player of the Week after returning a punt for a touchdown in the win over Lamar, the league office announced on Monday.

Jones returned a punt 76 yards for a touchdown to start the scoring for the Roadrunners in a 54-0 shutout of the Cardinals on Saturday night at the Alamodome. After the defense forced a punt on Lamar's opening possession, the New Orleans native fielded the ball off one bounce and dashed 76 yards to paydirt to hand the home team the lead just three minutes into the contest.