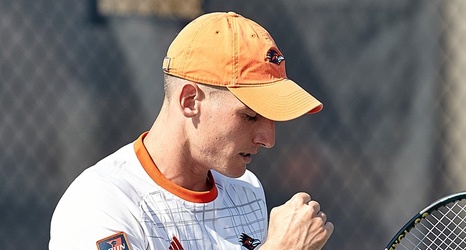 SAN ANTONIO – UTSA junior Joao Ceolin (Palontina, Brazil) has been named Conference USA Player of the Week by the league office, it was announced on Friday afternoon.

Ceolin picked up his 11th singles win in 14 decisions on Saturday at Rice, helping the Roadrunners to a sweep of the Owls with a pair of 5-2 wins, including the season opener.

A week after he picked up a ranked singles win vs. No. 29 South Florida, Ceolin earned a 6-2, 6-3 win on court 2 at Rice. He has now won eight straight singles matches.