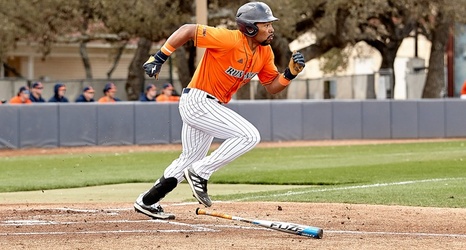 SAN ANTONIO – Ian Bailey, Dylan Rock and Nick Thornquist each belted home runs to highlight a robust offensive attack for UTSA baseball, leading to a 15-1 rout of Middle Tennessee in a run-ruled seven innings, on Sunday afternoon at Roadrunner Field.

UTSA (14-12, 6-5 Conference USA) flew past Middle Tennessee to claim three of the four games in the series, getting 13 consecutive two-out runs – four in the fourth, sixth in the fifth and a single tally in the sixth – to post the seven-inning run-rule victory.

Bailey, Rock and Thornquist each belted their sixth homers of the year, with Bailey going 1-for-3 with two RBI, Rock charting a 2-for-5, three-RBI game, and Thornquist chipping in a sixth-inning blast.