Goals from Singh and Stewart lead UTSA past Lamar, 2-1 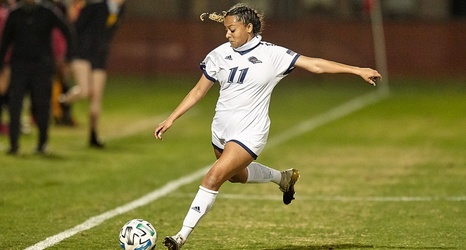 SAN ANTONIO – UTSA soccer kicked off the Drury Hotels Invitational with a win, as they defeated Lamar 2-1 at the Park West Sports Complex.

UTSA (5-2) bounced back from their loss at unbeaten Texas Tech last Sunday, as the Roadrunners defeated Lamar (2-4) in the second game of the Drury Hotels Invitational. The first game of the day saw the Arkansas Razorbacks defeat the Eastern Washington Eagles, 4-0.