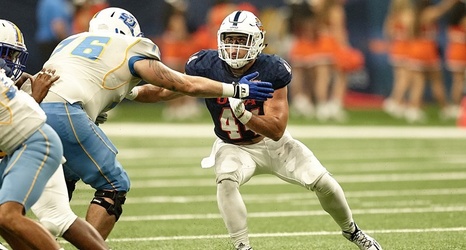 Maruo, who was born in Yokkaichi, Japan, was the first linebacker and second defensive player overall taken in the draft, which is in its first year of existence. Following his college career with the Roadrunners, he spent the past two years playing for the Asahi Soft Drink Challengers of Japan's X League before taking part in a virtual combine to prep for the CFL Global Draft.