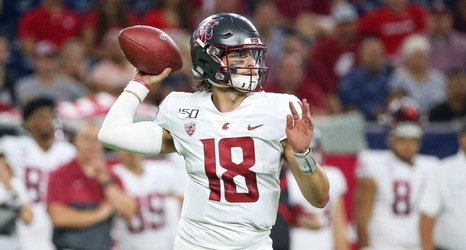 With Gardner Minshew rooting for him on the Washington State sideline, quarterback Anthony Gordon broke one of his passing records.

Gordon connected with Easop Winston Jr. on a 33-yard score early in the fourth quarter for his eighth touchdown pass of the game, breaking Minshew's school record. It was Gordon's fourth TD pass to Winston and gave the Cougars a 55-46 lead with 10 minutes, 8 seconds remaining in the game.