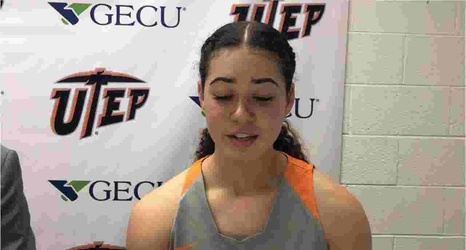 To the long list of attributes the UTEP women's basketball team has shown this year add this: It has a sense of the moment.

The Miners won their Thanksgiving tournament with a gritty escape against Georgia State 72-61, on a night when they made four of their first 20 shots of the second half.

They won anyway because after that dismal start to the half, they scored on six of their final eight possessions and made three big defensive stops in the final 30 seconds.