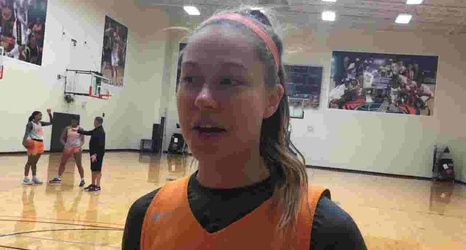 The future is blinding.

Both were on display in last Saturday's 71-68 victory against Georgia State that helped set up Saturday's game against No. 19 Arizona at the Don Haskins Center.

Obviously there was the win, and coupled with the victory over Weber State on Thursday, UTEP is 7-1 in this young regular season.