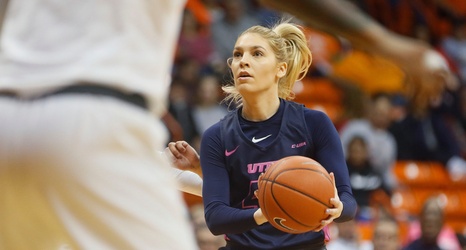 Just in time, the Miners remembered where they left them.

In an 82-76 victory that snapped a two-game losing streak, they recovered from blowing a 17-point first-half lead, a three-point lead in the final 22 seconds of regulation, and they cashed in a career night from senior Ariona Gill to move to 6-4 in Conference USA.

Sabine Lipe hit back-to-back 3-pointers to start the overtime, which along with a pair of 3-pointers in the first two minutes, gave her 12 for the game.