UTEP women grind out win against Weber State with defense 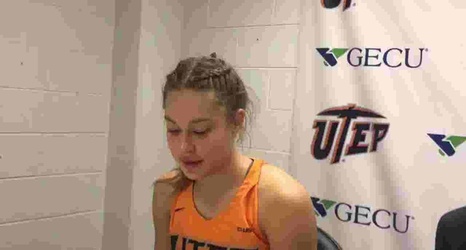 Some games, such as the UTEP women's 70-51 victory over Weber State Thursday night, just defy crispness.

Two days before the Miners play host to No. 19 Arizona, dogged with awful shooting almost all night, UTEP slogged through on defense, lots of free-throw shooting, offensive rebounds, the energy of reserve Jade Rochelle and grit.

A year ago, UTEP wouldn't have had a chance in a game where they shot 33 percent. On this night, they moved to 7-1, partly because the 11th player in the game, Rochelle, grabbed her moment with 15 points and six steals and mostly because they forced 33 turnovers.