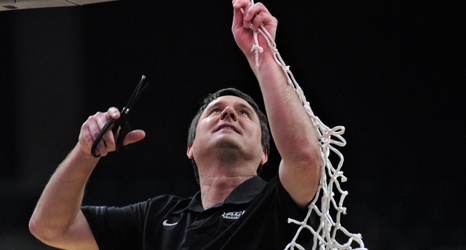 Abilene Christian coach Joe Golding, whose NCAA tournament upset of Texas started a chain of events that led to a coaching opening at UTEP, could become the program's 20th head coach, according to multiple sources.

The news was initially reported by Jeff Goodman of the Stadium Network and could be announced by UTEP as soon as Wednesday. Per sources, Golding has been offered the job and is in negotiations with Abilene Christian.

Golding had been at Abilene Christian since 2011 and oversaw the program's 2013 transition from Division II to the Division I Southland Conference.