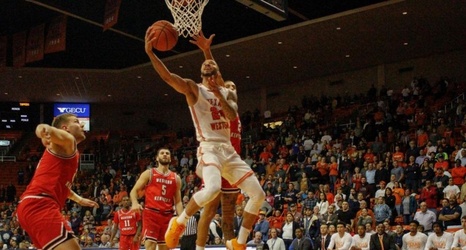 If Miner fans were told that with six regular season games remaining in the season UTEP is going to be at the bottom of the Conference-USA standings that would seem as an outrageous prediction, considering the high expectations this team was placed with.

Well that’s where the Miners(13-13, 5-8) currently are after a 67-63 loss to Western Kentucky (17-8, 10-3) in front of 4,504 fans at the Don Haskins Center and that is a hard pill to swallow for Miner Nation and another chapter in the unsuspecting story this season has turned into.

UTEP found itself down by one (57-56) with 3:34 remaining in the game after sophomore guard Souley Boum made an and-one mid-range jumper and knock down the free throw.